The first animated children series to feature an Alaska Native lead character will debut nationwide on PBS, the number one educational media brand for kids, in the summer of 2019.

In the Native Community, Elders show us the way and remind us we are a reflection of our family. We honor and respect our Elders, who share their wisdom and knowledge of our traditional values and culture.

For far too long, Alaska has ranked the highest in the nation in rates of child abuse and sexual assault. This April, thanks to Southcentral Foundation’s Family Wellness Warriors Initiative, hundreds of Alaskans took part in awareness, education, and action in an effort to end the violence.

Alaska is known for many things, including its beautiful landscapes, breathtaking glaciers, and seemingly endless summer days; these things make us proud to be Alaskan.

In the past, the conversation about sexual assault and harassment has been timid, if not silent. But the world has shifted to create a more welcoming environment to express personal feelings and provide more emphasis on the rights of men and women to control their own bodies. This cultural development has caused the massive scope of individuals who have experienced any unwanted sexual advance, contact, or assault to be revealed.

According to the Rape, Abuse & Incest National Network (RAINN), sexual assault is any sexual contact or behavior that occurs without explicit consent of the receiver. This includes but is not limited to sexual touching or fondling, rape, and attempted rape. However, RAINN reminds readers that the term force does not singularly describe physical pressure, but can also be emotional and psychological manipulation.

The #MeToo movement has been a prominent vehicle for people of all walks of life to share their stories by posting on social media and include the hashtag. As the trend began to go viral, the bittersweet realization that the sexual abuse and harassment issue was far bigger than anyone had imagined came to life. But the trend began to spark the desire to find a solution. While the fight to change the social narrative is far from over, creating awareness and facilitating the conversation is a huge step in the right direction.

Though the world has come leaps and bounds from where it was, there are still those suffering in silence who are not comfortable putting their private struggles on such a public, accessible platform. As a health and wellness provider to Alaska Native and American Indian people in a state that has three times more sexual crime than the national average, Southcentral Foundation has a responsibility to provide resources to Alaskans who have experienced sexual assault, whatever their case may be.

SCF has a program based solely on helping individuals emotionally heal from traumatic events. The Family Wellness Warriors Initiative works to end violence, abuse and neglect in this generation by creating a safe environment for people to relay what they have experienced and learn how to deal with anger, loss, and grief while building relationships with others. FWWI also works with those who have harmed to teach them healthy expressions of anger and the importance of empathy. To do this, they practice good coping skills and work to recognize healthy responses to negative emotions. This goes hand-in-hand with ending sexual assault and harassment as it teaches healthy interpersonal habits. 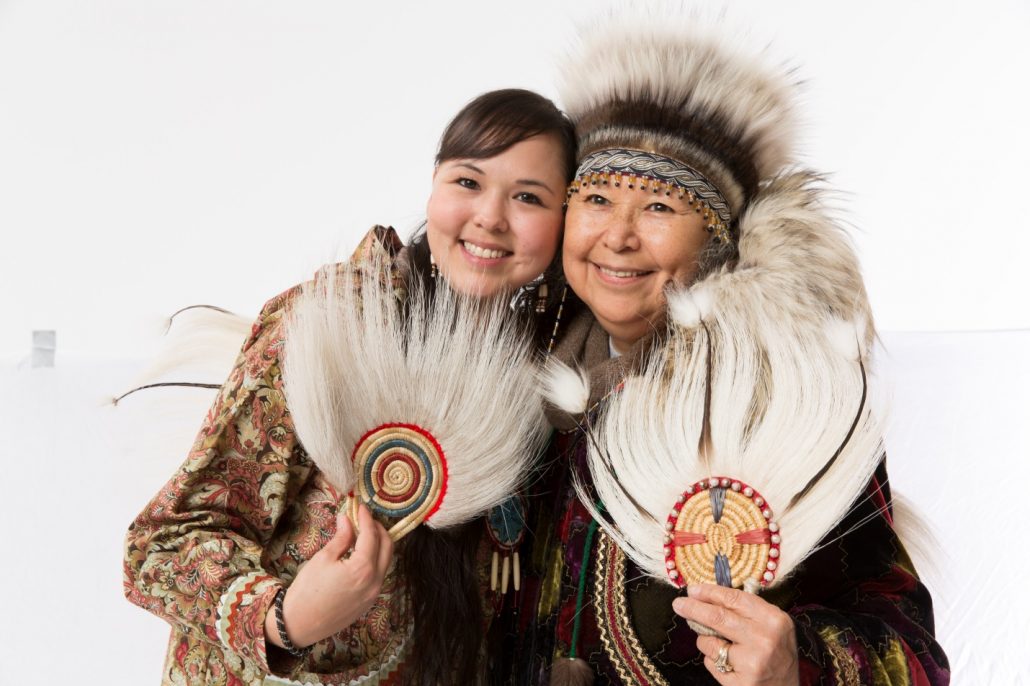 “I felt a sense of peace and I wanted to share it with others,” said a 2017 Beauty for Ashes attendee. “I learned how to share my feelings productively.”

The theme for the April 2018 Sexual Assault Awareness Month is Embrace Your Voice. This is an important statement as it recognizes that people on both sides of abuse have had their voices silenced. The journey to wellness for those who have experienced assault or abuse starts with understanding the impact of their stories. If they share their experiences, it will allow for others to relate and work through their emotional hardships.

Any kind of sexual assault or abuse is fueled by a misunderstanding of how to treat others. But there is a way to reverse the effects of trauma and it begins with support and love from those who understand. If the conversation remains ongoing and the standard for healthy relationships is clear, Alaska will be that much closer to reaching the end of abuse in not only this generation, but for generations to come.